Even if you don't watch the news or read newspapers, you know that terrible things are going on in our world every day. It seems like an endless litany of shootings every time we turn around. And it's terrible, but more than these evil actions, I am seriously concerned and unnerved by the level of blatant hatred that's circulating these days. Social media is a horrifying wake up call to what's happening to our citizens. (And by "our" I mean the world's.) It seems that with all of us, with our own tiny social media platforms, we suddenly believe that our personal viewpoints are more valid than anyone else's and that it's okay to spew violence and hatred on anyone who dares to have a different opinion. It's very disturbing to me the level of cruelty that people give in to over these viewpoint clashes. God forbid a person support Hillary Clinton and another support Donald Trump. I see people actually proclaiming that the person supporting a different candidate than them does not deserve to live. Did you catch that? If people's political ideologies don't align, then the other person's life has no value. Folks, this is bone chillingly not okay.  This kind of devaluing of the lives of others seems to be rampant in modern society. And the lives of "others" are meaningless based on many criteria. Wrong religion, wrong country of origin, wrong sexual preferences, wrong sexual identity, wrong political allegiance, wrong gender, wrong dietary patterns, wrong parenting practices, wrong skin color and so on.

Anyone questioning the value of someone's life because of their skin color is so inherently wrong and ridiculous, this shouldn't even be a topic of conversation. And yet it is. The fact that it is 2016 and we have a campaign called #BlackLivesMatter is not okay.

I, like many of us, have been hearing news reports with an increasingly heavy heart. How many people have to die? How many people have to suffer violence? I know we want things to change. We don't want to hear these stories anymore. We call for gun reform. We call for mental health reform. We call for something to happen. But what is happening? It seems like just more violence. And we shake our heads and hope someone will do something to stop it. We feel powerless to do anything that can tackle these seemingly insurmountable problems in our world. I know that's how I've been feeling. And then something changed. 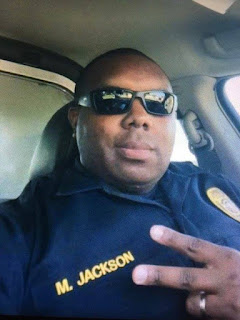 "I’m working in these streets so any protesters, officers, friends, family or whoever, if you see me and need a hug or want to say a prayer. I got you.”
Officer Montrell L. Jackson,
Facebook post 7/8/16
killed today in Baton Rouge

And that was the last straw for me. Something in me finally changed. I can't sit here and wait for something to change anymore. You know why? Because it isn't going to. Sitting around being impotently outraged behind our computer screens isn't going to change anything. I spent all morning thinking about what I can do about it. I can't make terrorists stop attacking people. I can't make people stop rioting. I can't stop crooked cops from profiling African Americans. But you know what I can do? I can actively try to spread love instead of hate. And you can too.

St. Francis's Peace Prayer as been on my mind lately. I'd like to share it with you:

What strikes me about this is the selflessness. My opinion is not the center of the world. What I think is right is secondary to how I can be a blessing to someone else. That is in direct opposition to the message from today's media, where my happiness is the only thing that matters, no matter the cost.

I've also been struck by a line from a Passenger song, Scare Away the Dark. (There are some F bombs.) "Well, sing, sing at the top of your voice / Love without fear in your heart / Feel, feel like you still have a choice / If we all light up we can scare away the dark"

I decided the singer is right. If more of us would just light up, there would be fewer places for the darkness to hide.

That's what spurred this uncharacteristic blog post. It's the outlet I have and I'm using it to voice how unhappy I am with the world our children are inheriting. I want kids to know that we aren't powerless. We don't have to be sad about the news and wait for someone to do something about it. We don't even have to do something huge and far-reaching. We can only do our own part, no matter how small, and at least know that we are trying to be the solution.

So, I have a proposition for everyone. I'd like to create the hashtag #HealTheWorld to inspire each other. To invigorate people who might need a little nudge to do something different. It doesn't have to be huge, but I'd like to suggest that we all start spreading kindness and inclusion. Similar to random acts of kindness, I want to propose a different kind of "random." I'd like to replace the randomness with purpose driven kindness. I'd like for all of us to actively approach people who make us uncomfortable. Who we have prejudices toward. Who we don't agree with. Who don't look like us. And light up for that person. You don't have to spend money. You don't have to be their best friend. Heck, I think it'd be great if we just wrote out little slips of paper that said, "I'm glad you're here." Think about what that would mean to you if you're hurting. I mean it. Think about that right now.
What if a young black man walked up to an elderly white woman and handed her a little note that says, "I'm glad you're here."
What if a middle class white man walked up to a man in a turban and said, "Good to see you today. How's it going?"
What if an overwhelmed mother in the grocery store was approached by a teenager with a mohawk and sincerely asked if there was anything they could help with.
What if you smiled at someone you would normally turn away from?
What if someone stopped focusing on what annoys them or scares them about you and reached out to a part they liked?

It might just be idealism, but I like to think it would help change hearts. Like it might just jar us out of our comfortable routine and make us really see the people around us. Not as stereotypes, not as "other" but human beings.

So, I'm proposing this little movement. Let's challenge ourselves to do better. To interact positively with people we judge without understanding. To stop letting the hurtful and scared parts of ourselves have control. Let's do what Passenger says. "Love without fear in your heart." Let's do what St. Francis prayed, "not so much seek to be consoled as to console." We have to do something. It isn't okay to keep locking everyone out. It isn't okay to say that people who look or behave differently than us or who disagree with us don't matter. That's a lie. We're all here and we all matter. And it's time we all start acting like it.

Email ThisBlogThis!Share to TwitterShare to FacebookShare to Pinterest
Labels: #healtheworld, be the change, end racism, stop the hate, what can I do