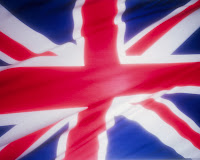 John Bolton (not to be confused with Michael Bolton) is awesome for a number of reasons. He has the distinction of being my first fan who wasn't already a member of my family, a co-worker, personal friend or even an acquaintance. Well, maybe that isn't quite true. I did manage to attract some unknown fans on my Facebook page but John is the first one I struck up any sort of correspondence with. And that will always make him pretty cool, as far as I'm concerned. Also, he's from the UK, one of my favorite places in the world. His writing makes you hear a British accent in your head. He even does podcasts on writing so you don't have to imagine the accent. You can hear it any time you'd like!  And the podcasts are interesting and also hilarious. I highly recommend podcast #4 A Second Chance?, if you're looking for a good laugh. It might not be as funny if you aren't a writer and haven't run across an old piece of your writing. But still, it makes me laugh. So, by all means, give it a listen.
John has a few magazine articles to his name, but, like most of us, is pursuing the dream of writing and publishing a novel. He participated in NaNoWriMo this past November, and since I have a somewhat morbid curiosity about that whole thing, I decided to pick his brain, for all of us to benefit from. He has a real flare for writing, as you will see in his interview answers, and I'm excited for this opportunity of showcasing him in the dim spotlight of my little blog. So, take it away, John Bolton...
The Restless Writer (RW): When did you decide to seriously pursue writing?

John Bolton (JB): I suppose it began when I was around 16. I began with short stories. This was at a time when I was reading everything I could about the craft of the short story. I remember reading a book in my local library which said that short stories should have a sting in the tail, and so I imbued all my work with a (largely very obvious) surprise ending. It was around the same time that I began a distance learning creative writing course. It was here that I learned that in my first chapter I should be introducing a ‘dramatic conflict’ for the hero to tackle and that subsequent chapters should follow a similar pattern. By 18, I had come to realise that this was all utter rubbish, and that storytelling came from the heart, not from a dot-to-dot breakdown of how someone else does it. I approached many, many magazines with ideas for articles (back before email, when you would send an SAE and wait anxiously for it to return!). I was largely unsuccessful. A few editors expressed interest in seeing my work, others flat out shot me down. Those who did ask to see my work rarely responded once I’d sent them something. I remember I wrote an article for a UFO magazine, and the article was essentially a series of disconnected snippets of UFO-related trivia I’d picked up from other UFO-oriented magazines. I mean, it really was awful. It’s no surprise the editor stopped responding to me. I didn’t get my big break until after I’d finished university, which was probably around the same time that my desperation faded and I began trying to pitch ideas I really cared about, rather than simply scouring the Writers and Artisits Yearbook for anyone that would consider unsolicited manuscripts and sending them anything I could think of (ie, the UFO magazine). Within the space of a few months I placed articles on childhood fear (a pet subject of mine) and lifeguarding (based on personal anecdotes). That was enough to convince me that this wasn’t just a pipe dream and that I actually could do it.
RW: What was your impression of NaNoWriMo before starting it?
JB: That it was something I’d never manage! I was very attracted to the idea of ending November 2011 with the lion’s share of a novel under my belt. I did attempt it in 2010, but failed miserably. Back then I was in the midst of a total loss of self-confidence – it lasted for a couple of years. I’d open up my novel, read through the last bit I wrote, adjust a few words here and there, and that was it. The idea of sitting down and writing – just tapping away and watching the story unfold – had become alien to me. It made me miserable. Writing has always been so dear to me, and it felt like I’d lost it for ever. Earlier in 2011, my wife and my best friend presented something not unlike an intervention, and told me to just get on with it, and that they’d support me every way they could. What it boiled down to was desire. If I wanted to write, I should do so. And I guess you can conjure all kinds of excuses for not doing so. Tiredness, bringing work home with you, lack of inspiration. But the cut and thrust of it was desire. I wanted to write, and I had to remove every barrier to it. So, I booked myself 2 nights in a hotel, and I spent that time writing. It was magical. I found what I thought I’d lost. And so, just before Hallowe’en, I noticed a little banner online that reminded me it was NaNoWriMo time again. So I decided to go for it. 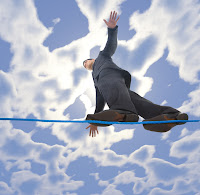 RW: I've never attempted NaNo because I can't commit to guaranteed writing time.  You have a day job and a family, where do you manage to find time to write?
JB:  Most days, I found myself wondering the same thing. It worked out at around 1664 words a day, which is a tall order. Not having written that kind of volume with that kind of regularity since I was about 17 (when 1664 words would pretty much constitute a finished [and rubbish] short story), it scared the hell out of me. I knew I had to stick with it, because if I missed a day early on, catching up would quickly become a very daunting prospect. And so it was that I was writing in bed, in the lounge, at my desk, on the toilet – I even wrote chunks on my mobile and emailed it to myself so it could be worked into the copy I was keeping on my laptop. When I wasn’t writing it, I was thinking about writing it. I often use music to help me paint scenes in my writing, and I also work through certain pieces of dialogue when I’m driving, and my NaNoWriMo project was no exception to that. I lived it and breathed it. The worst day was the first one. I’d spent all day looking forward to getting started, but when the time came, I had nothing. I sat, gazing blearily at my laptop screen, drifting in and out of Facebook, for nearly 2 hours. Inspiration hit me, as inspiration so often does, like a sledgehammer. The plot of the book, a large portion of the personality of one of the characters, and one of the most important concepts of the story hit me, simultaneously, within one single idea. That idea turned out to be the catalyst for everything that followed, for every word that got written from that point on.

RW: Describe your ideal writing location.
JB: Oh, I’m easy. I tend to prefer either sitting at a desk, or sitting up in bed. When I’ve had my writing weekends in hotels, I’ve tended to flit between desk and bed as my backache dictates.
RW: What are your ultimate writing goals?
JB: My dream, and greatest aspiration, is to have a book published. Properly, in a nice jacketed hardback, on paper, in a shop where people have to manually turn pages to advance through it. Publishing online has no appeal for me. My ultimate dream is to have a bestseller, but frankly I’d settle for people reading it and not hating either the book for being rubbish, or me for having inflicted it upon the world.
RW: If you could sit down for an evening with one of your favorite authors, who would it be?
JB: Stephen King, without a shadow of a doubt. I went to see him at a signing he did in London a few years ago. He did a reading from his latest book (which at the time was Lisey’s Story), then did a Q&A, and then there was to be a signing at the end. There were hundreds of people there, and before he'd even finished talking, people were getting up and going to form a queue to get something signed. Consequently I didn't get anywhere close to him. But I at least got to listen to what he was saying, without wandering off mid-sentence. I left without a signature or a chance to meet my hero, but I left with my dignity. Which isn't something I can often say.

RW: What book have you read more times than any other?
JB: The book I've read the most times cover to cover is "IT" by Stephen King. He's my favourite author and muse, and that novel, as well as being his magnum opus, is my favourite book. It does everything for me: it has horror, which I love; it focuses on the concept of childhood, which is something I'm deeply interested in; it describes life in a small town, which I can completely relate to (minus the evil clown); and above all, it inspires me to be a writer. My degree was in childhood studies, and I studied "IT" for my dissertation. I was researching the figure of the child, and the notion of childhood in horror literature, with King at the centre of that. It's just an incredible novel, so profound and powerful. It's everything I aspire to achieve, although I know I'll never write anything nearly as good. It's not just my favourite book, it's one of my favourite things ever. I adore it.
RW: You posted an audio excerpt from your current work in progress, Holly's Story.  Would you like to share any more info. about that with us?
JB: Well, since you asked so nicely! The story is really more of a novella, now called "Abandoned Places". The central character, Holly, is one of the characters in my novel, but as with other characters from the novel (the grownup one, not the YA one I started for NaNo), there was a part of Holly's story that didn't fit the narrative structure. So I decided to write a separate novella telling that part of her life. The story is about her last day, and details some of the events that led her to take her own life. It's very sad, and it was very emotional to write. Holly was once quite a peripheral character, and this novella was also a chance for me to get to know her better before I became too heavily embroiled in the main novel. I grew to really care about her as I wrote Abandoned Places. I love her, in fact, and I feel just awful about what I had to put her through in that story. But hopefully I can make it right for her in the novel. I've re-drafted since I did that audio recording, so I may one day re-record the whole novella for my website. It's the least courtesy I can afford her.
Posted by Sarah at 1:47 PM